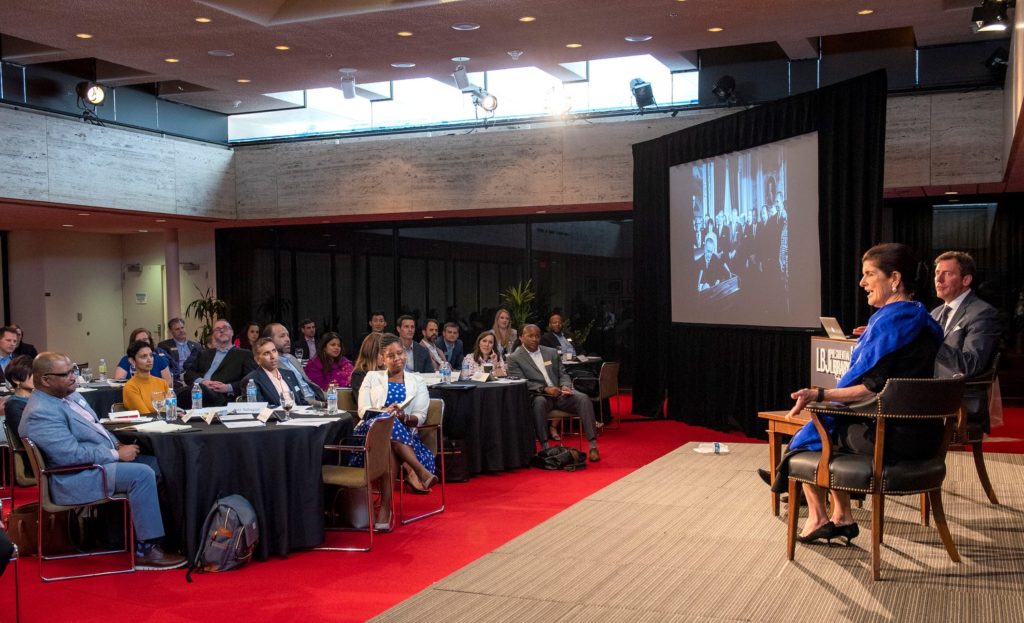 The Power of Persuasion

Lessons in leadership from the Presidential Leadership Scholars program: Session 5

Last week, the 2019 Class of Presidential Leadership Scholars met for the fifth time at the LBJ Presidential Library on the campus of the University of Texas.

There, Scholars heard from President Johnson’s daughter, Luci Baines Johnson, his granddaughters Nicole Covert and Catherine Robb, former administration officials, and President Johnson himself on tape, to gain unique insight into President Johnson’s leadership style — specifically his approach to persuasion and influence while working with civil rights leaders, government officials, the media, and beyond. Scholars then worked with Dr. Mike Hemphill and Dr. Michael O’Leary to explore persuasive styles and tactics and began applying lessons learned to their own projects to improve their community, country, and our world.

Scholars were joined by:

Here’s what people are saying: