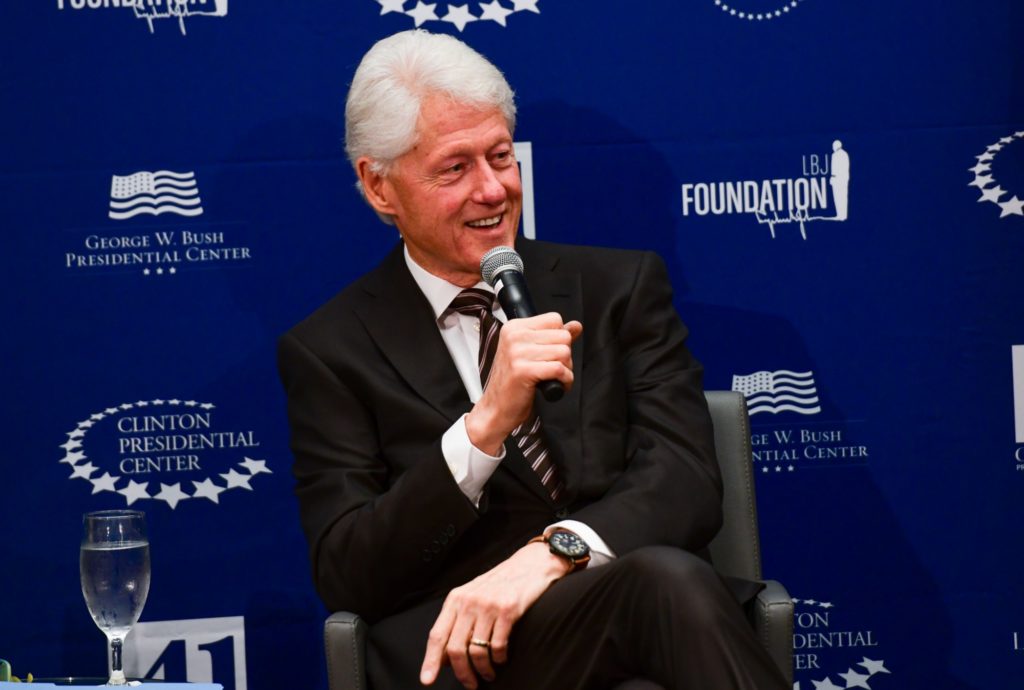 This month, the 2018 Class of Presidential Leadership Scholars met for the third time at the Clinton Presidential Center in Little Rock, Arkansas.

There, Scholars received unique insights from former administration officials on what it meant to work for President Bill Clinton, and how his gift for communicating, and the core values of opportunity, responsibility, and community, made him an effective leader.

In addition to President Bill Clinton, Scholars were joined by:

Here’s what people are saying about Session 3:

This was fun! Special thanks to @ChicagosMayor for sharing with @PLSprogram his incredible leadership lessons from serving with both @BillClinton and @BarackObama. It’s always a pleasure to have you back in LR @ClintonCenter! https://t.co/zdJWfKfAy0

It was an honor to meet @BillClinton @ChicagosMayor @KrisEngskov and other fascinating people who have changed the world this past weekend during our @PLSprogram session. So pleased to be part of this program. https://t.co/R0sVTvkn85

Truly impressed by the @PLSprogram class of 2018, and all the great work they’re doing around the country. Thank you to the program staff for the opportunity to connect. #PLScholars #PLSAlum pic.twitter.com/4ieLxZWesX

Great to be at @ClintonCenter this week, meeting this year’s class of Presidential Leadership Scholars as they hear from President @BillClinton and former administration officials—what an impressive group! CC: @PLSProgram https://t.co/MIYU5q9NBa

The newest @PLSprogram Scholars already make a big difference for others. Now they’ll be big on Little Rock! See you soon. https://t.co/rwxoNRlFh9

President Clinton holds forth tonight at the Clinton Library with members of the Presidential Leadership Scholars class of 2018. #PresidentialLeadershipScholars#ClintonLibrary pic.twitter.com/EjodIT66BL

At the @ClintonFdn preparing to engage with a cohort of bi-partisan leaders who are working to make a mark on the world. Honored to facilitate convos with @PLSprogram Class of 2018 scholars. I’m ready to be blown away and inspired. #BeTheChange #Collaborate #Lead #Connect #Mentor

The 2018 Class of Presidential Leadership Scholars will continue their visits to each of the four partnering presidential centers with unprecedented access to former presidents, officials from their administrations, and the unique resources of the libraries to enhance their own leadership abilities in order to make a positive difference in the world. Look out for our next update from the Bush Center in Dallas, Texas!