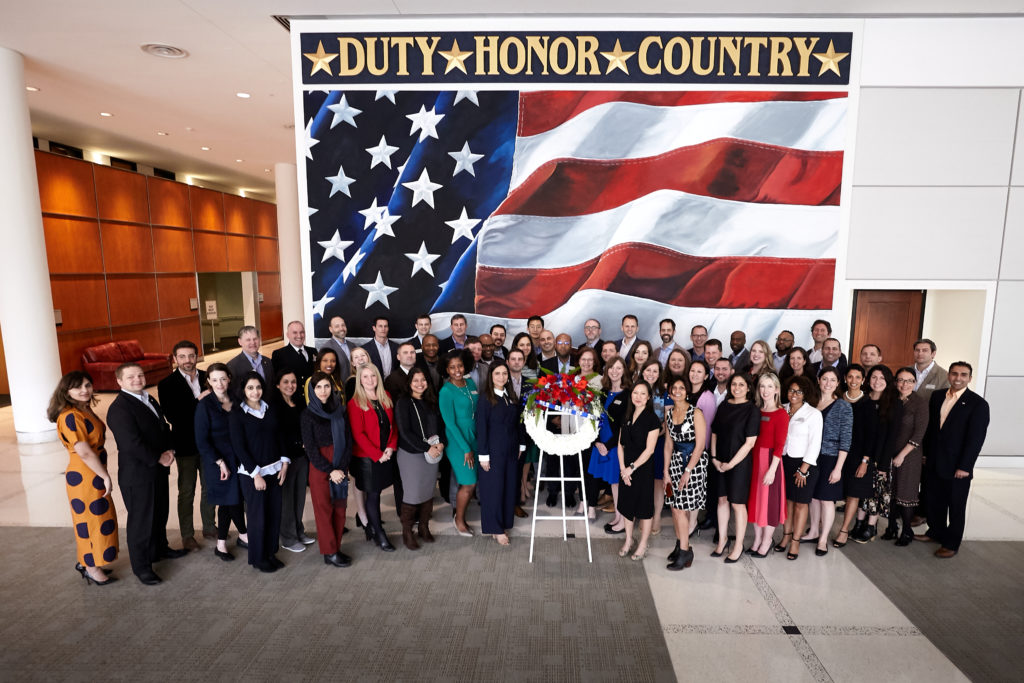 This month, Scholars traveled to College Station to learn about the leadership style and legacy of President George H.W. Bush. Session two focused on developing strategic partnerships. Scholars took a close look at the partnerships and alliances President Bush formed throughout his presidency and post-presidency years.

During the session, Scholars had the opportunity to hear from:

He was always listening to other people and weighing not the power of the person who made the statement, but the power of the idea. This was a very strong characteristic of him in the way he ran the government and how he worked with the citizens. – Constance Berry Newman

My dad was my hero—everything he did was loving. There was no doubt of his unconditional love for his family and he was a great friend to his friends. -Neil Bush

To honor the lives of President Bush and Mrs. Barbara Bush, the 2019 class of Presidential Leadership Scholars coordinated an intimate memorial service at their burial site.

Here’s what people are saying about session 2:

Great time at @Bush41Library to reflect upon @GeorgeHWBush’s life and his career dedicated to #publicservice. Thanks @PLSprogram and @Bush41 for bringing together such an inspirational group of leaders to reflect upon the lessons of the past and their enduring relevance. #Bush41 pic.twitter.com/KFJAqRVDTz

Cannot say enough about this amazing program and the scholars themselves — they are already changing the world for the better. True leaders and Points of Light, all of them. https://t.co/sV4Ro55aqm

Incredible to be part of this tremendous group of #PLScholars!

The 2019 class of Presidential Leadership Scholars will continue visiting each of the four partnering presidential centers with unprecedented access to former presidents, officials from their administrations, and the unique resources of the libraries to enhance their own leadership abilities. Look out for our next update from the Clinton Presidential Center in Little Rock, Arkansas!