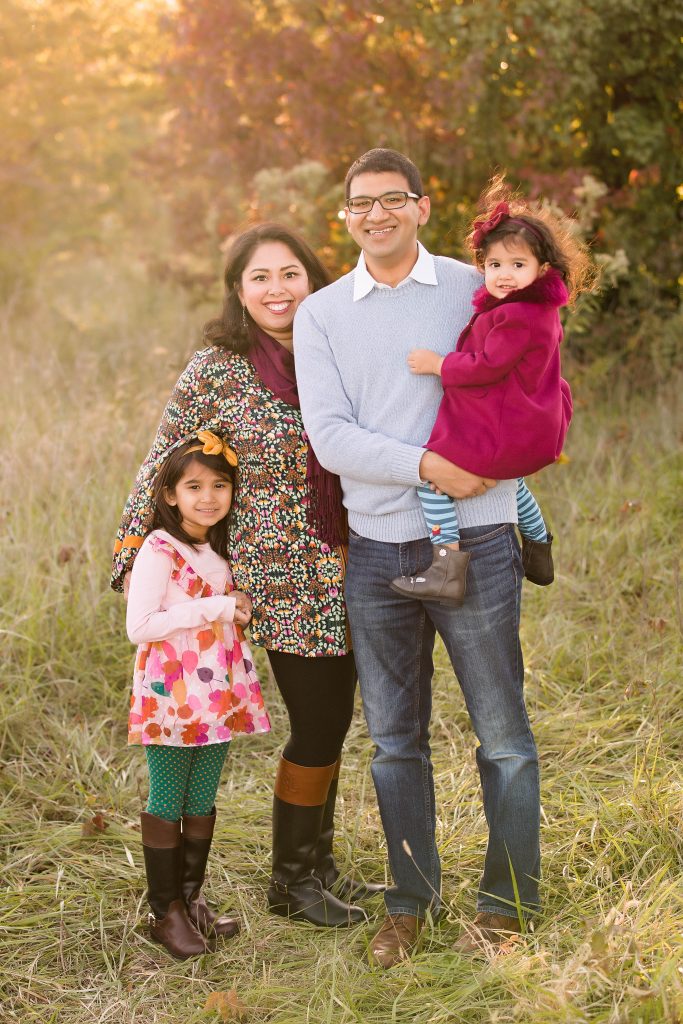 My father has never fully shared his story.  Speaking of his challenges and struggles would be against his native traditions and culture.  However, I am still in awe of the risk that he took.  Born and raised in India by impoverished Muslim parents, he dared to dream.  At 23, my father left his rural village, boarded a plane, and flew 8,000 miles to Chicago in search of a better life for himself and his future family.  With a pharmacy degree and just one suitcase to his name, my father had an intense belief that the United States of America would accept him and become his home.

My mother’s story may not be as flashy, but it is just as bold.  As a young, practicing dentist in Mumbai, India, she was already the pride of her family.  Her intelligence and hard work had created a professional path that Muslim woman in India rarely achieved.  However, she dreamed of more.  She left everything that she had ever known to follow her heart and marry a man who lived across the world.  Together, my parents found a brighter future for themselves and their children.  Privileged to be a pediatrician and the Founding Chair of Southern Illinois University School of Medicine’s Department of Population Science and Policy, I am the fulfillment of their American dream.

Growing up in Chicago during the 80s and 90s, I often grappled with the cultural contradictions of being a child of immigrants.  Those challenges were magnified by the fact that our family’s specific ethnic and religious traditions made us even more unique, even more different.  A minority based on my race, culture, and faith, my childhood often required morphing my dress, etiquette, and sensibilities quickly, offering the world different versions of myself.  I often struggled bridging the divide, scared at how the culture within our home would be received at school.  I wanted to avoid the confused looks, choosing not to explain the story of the latest Shah Rukh Khan Bollywood film or the reasons behind why I was fasting for Ramadan.

The beauty of my American experience, however, was that I rarely felt alone.  My parents’ faith in their adopted country made me work to understand, accept, and ultimately cherish my differences.  Those differences were part of my unique American story.  Many of my friends were also from immigrant families.  They would share stories of their own cultural traditions, and although our ancestors were originally from all parts of the world, we knew we had all had one thing in common.  We were Americans, and the United States of America was our home.

My wife, an immigrant herself, and I are blessed with two daughters.  Our daughters are growing up at a time when our nation is reflecting and questioning its history and traditions.  Many are even questioning the idea that America should be a nation of immigrants.  However, as a pediatrician, I know that the futures for my daughters and other children across the country are brightest when all families feel a sense of belonging.  As we celebrate Immigrant Heritage Month, I am proud to be a Presidential Leadership Scholar, part of a group that continues to believe that our country’s future is brightest when we celebrate our differences, learn from each other, and represent the best the world can offer.  I will continue to dedicate my career to building an America where we all feel at home.