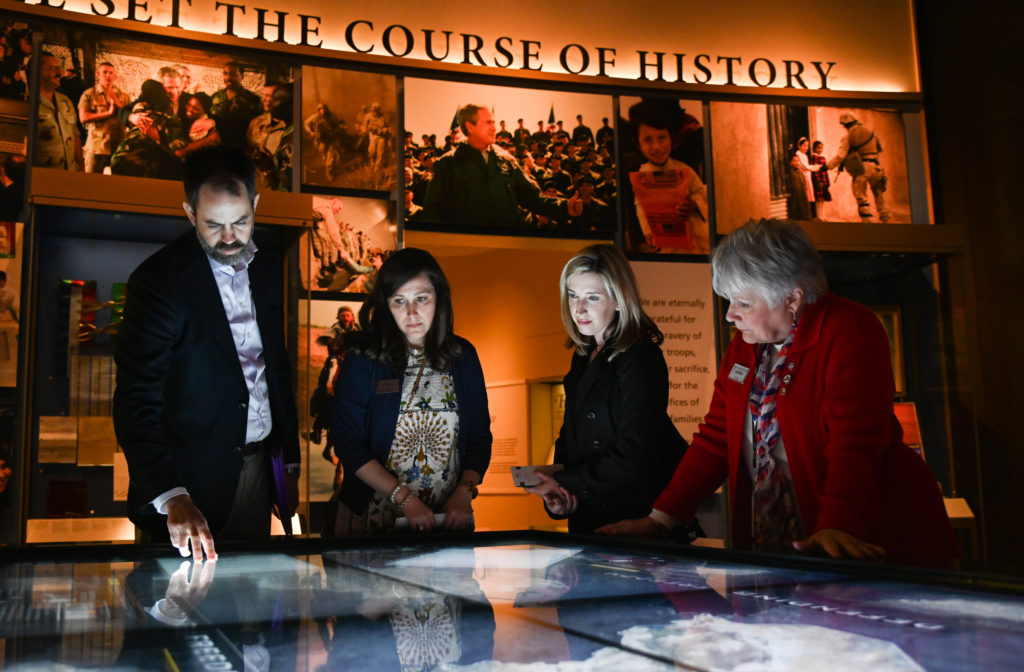 Lessons in leadership from the Presidential Leadership Scholars program: Session 4

Scholars learned about the leadership style and principles of President Bush, and how to apply the decision-making processes he used during his administration to their own lives.

In addition to President and Mrs. Bush, Scholars heard from:

“The [most important quality of] a good leader is that he or she listens and hears. You need to be open enough to hear other people’s stories.  If we are willing to listen to each other we can get along better.” –Mrs. Laura Bush

Here’s what people are saying about Session four:

The 2019 Class of Presidential Leadership Scholars will continue their visits to each of the four partnering presidential centers to engage with former presidents, officials from their administrations, and the unique resources of the libraries to enhance their own leadership abilities in order to make a positive difference in the world. Look out for our next update from the LBJ Foundation in Austin, TX!