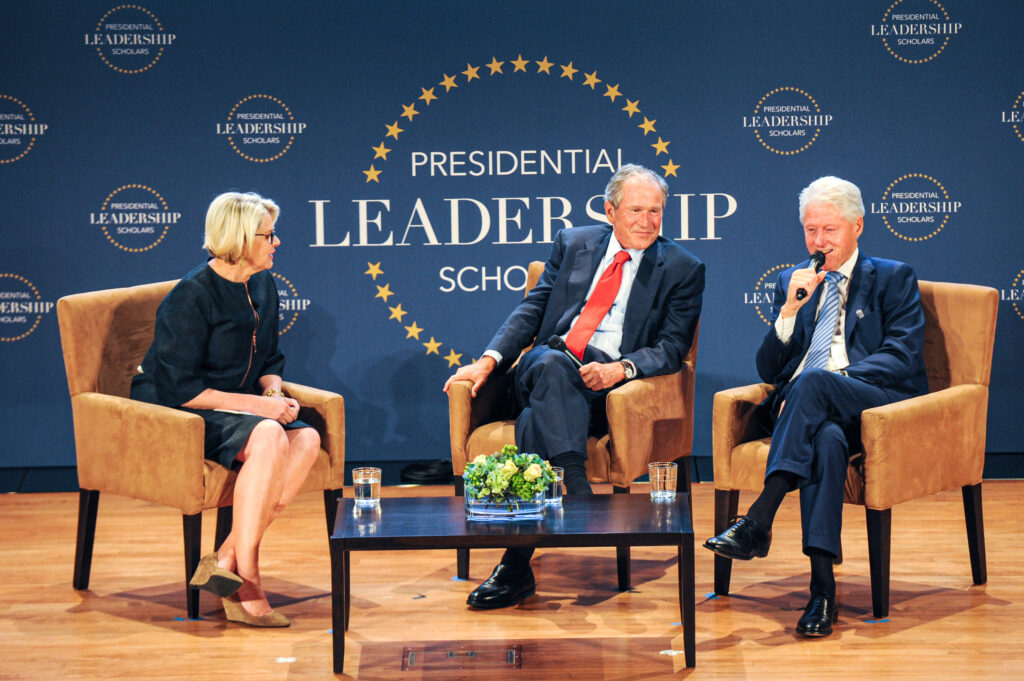 Jan. 12, 2023 – Today, the Presidential Leadership Scholars (PLS) program announced the 60 Scholars who will form the program’s eighth annual class. PLS serves as a catalyst for a diverse network of established leaders brought together to collaborate and make a difference in the world as they learn about leadership through the lens of the presidential experiences of George W. Bush, William J. Clinton, George H.W. Bush, and Lyndon B. Johnson.

The class was selected after a rigorous application and review process. Scholars were selected based on their leadership growth potential and their personal leadership projects aimed at improving civic engagement or social good by addressing a problem or need in their community, the country, or the world.

Over the course of several months, Scholars will travel to each participating presidential center to learn from former presidents, key former administration officials, business and civic leaders, and leading academics. They will study and put into practice varying leadership principles and exchange ideas to help maximize their impact in the communities they serve.

The latest class joins an active network of more than 400 Scholars who are applying lessons learned through the program to make a difference in the United States and around the world. Examples of these Scholar-led efforts include: providing quality, trauma- and survivor-informed health care at no cost to gender-based violence survivors; providing support to and improving the lives of recently resettled refugee and immigrant families; and addressing the workforce crisis in trade industries.

Scholars have consistently reported remarkable growth in skills, responsibilities, and opportunities for impact since the program began in 2015. For example, 94% of Scholars said their confidence in how they lead social change has improved as a result of PLS, and 98% of Scholars reported they are inspired to accomplish more since beginning the program.