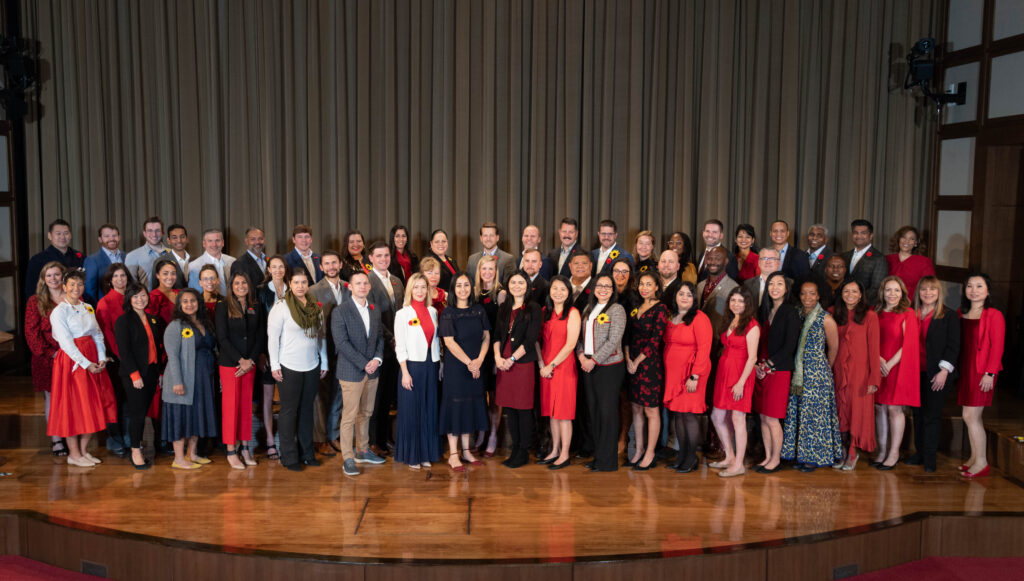 This month, the Presidential Leadership Scholars visited the George W. Bush Presidential Center in Dallas, Texas. The fourth program module focused on the leadership skill of decision making through the lens of President Bush’s leadership and administration.

The Scholars participated in an exercise where they role played as leading White House staff preparing for a presidential briefing. This hands-on experience helped make the connection between understanding and using your own values and priorities to make critical decisions.

In addition, special guests Fran Townsend and Secretary Carlos Gutierrez highlighted the importance of leading with humor, humility, and compassion. They shared their experiences working together and for President Bush.

“He was an extraordinary leader. He let us do our jobs, and he led with an enormous amount of compassion,” said Townsend.

One key point all guest speakers made, including Dan Bartlett, was how President Bush made it easy to work for him because he was clear about his values. Decisions made by President Bush consistently aligned with those values. According to Bartlett, “You have to know your brand, and I knew my brand really well, so that gave me good context for communications.”

The highlight of the module was hearing from President and Mrs. Bush, where it was easy to see what Bartlett meant.

Next, Scholars will travel to Austin in May to visit the Lyndon B. Johnson Presidential Library.