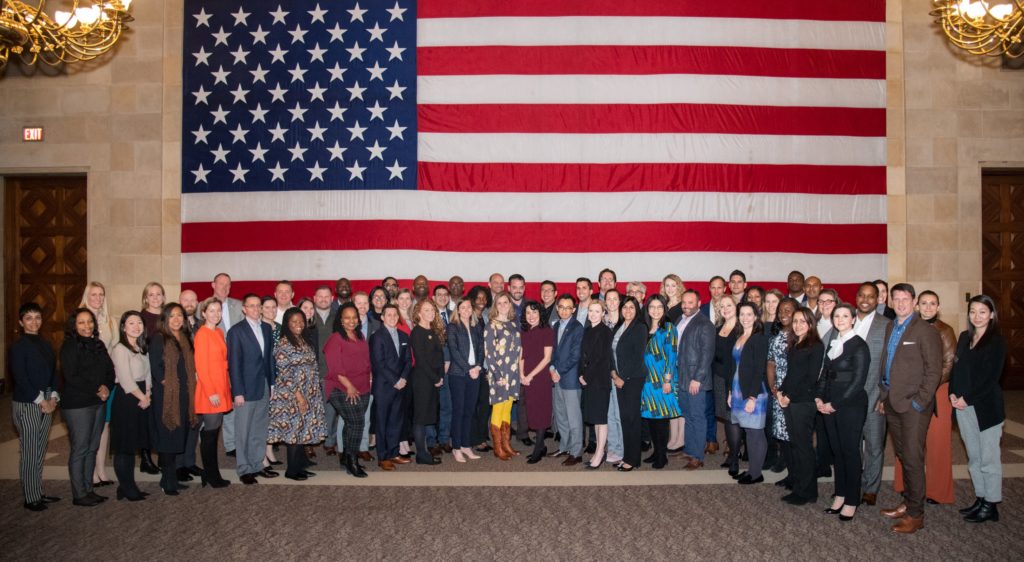 In January, the 2020 Class of Presidential Leadership Scholars (PLS) kicked off the sixth year of the program in Washington, D.C.

The latest class joins an active network of 298 Scholars who are applying lessons learned through the program to make a difference in the U.S. and around the world. Examples of these Scholar-led efforts include providing employment and mentorship to veterans, helping developing nations access safe anesthesia services for effective surgical care, empowering women with economic opportunity through clean energy in Africa, and deploying much needed resources in the wake of natural disasters.

In D.C., Scholars had the opportunity to hear from:

Notable tweets from the module included:

Check out some photos from the week:

Over the next six months, the 2020 Class of Presidential Leadership Scholars will visit each of the four partnering presidential centers with unprecedented access to former presidents, their administrations officials, and the unique resources of the libraries to enhance their own leadership abilities in order to make a positive difference in the world. Stay tuned for our next update from the George H.W. Bush Presidential Library and Museum in College Station, Texas.