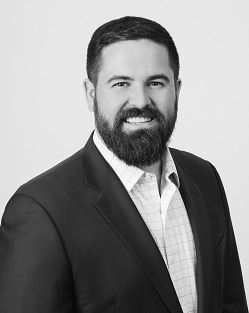 In 1787, the U.S. Constitution created the modern day Office of the President.  Two years later, the Electoral College was first convened and George Washington was unanimously elected President.  But Washington was a reluctant President.  Accustomed to monarchies and with no term limits, few could understand why after serving two terms he would choose to step down and leave office.  In fact many wanted him to remain as President for the rest of his life.  But in stepping down and peacefully transfering power, and because of his deep love of this country, he strengthened the Office of the President and our democratic ideals.

On January 20, 2001, George W. Bush became the 43rd President of the United States.  As a junior at the University of Texas at Austin, I was inspired by then-Governor Bush’s campaign and his desire to serve our country.  As a Texan, I had high aspirations for the values that I believed he would bring to the White House but otherwise was mostly disengaged.  And then September 11th happened.  While many of my peers were called to join our military and defend our nation, President Bush inspired me to go into public service.

Immediately after graduating from law school, I was hired by U.S. Congressman Lamar Smith, a Republican from Texas, to join his staff.  At the time, bipartisanship was not a four letter word.  In fact, as a Capitol Hill staffer, I worked just as closely with the bipartisan San Antonio Congressional Delegation as I did with the Republican Texas Delegation.  We all worked together for the betterment of our districts and our state, and often put politics aside.  It was a time when Members of Congress from different parties held committee retreats together and attended one another’s political fundraisers, something that in most cases would be unheard of today.  It was just 2010.

Shortly after the Obama Administration, Vice President Joe Biden lamented the closing of the Senate Dining Room.  He stressed the importance of building personal relationships across the aisle and getting to know each other’s families, all of which made it harder to attack one another when the cameras were on and they were on the Senate Floor.  But without the relationships built in that dining room, it made it easier to villainize the “other side.” Throughout the last ten years, our country has drifted further and further apart.  Today, we see division and anger lifted above bipartisanship and friendship.

The recent events at the Capitol, and for many Americans, the last four years, have been a sobering reminder of where the country stands.  The attack on the U.S. Capitol and our democratic ideals was a vivid reminder of how fragile our democracy is and how we cannot take it for granted.  As a country, we have come a long way to build a more perfect union protecting those unalienable rights of life, liberty, and the pursuit of happiness, but we have been reminded that we still have such a long way to go. In a year where we all seek silver linings, we must remember that there can be no light without darkness.  That just as steel is strengthened with fire, our democracy can and will come out of this stronger.  President Joe Biden, it is my hope and prayer that you begin the process of healing our country and bringing us together.  That you will reestablish America as the leader of the free world and that even though we too have moments of darkness, America will once again live up to President Ronald Reagan’s vision of the “shining city upon a hill whose beacon light guides freedom-loving people everywhere.

Gerardo Interiano partnered with the Austin Community Foundation to create a Hispanic Impact Fund that will invest in nonprofit and social enterprises. This fund has already raised $500,000 and will take a data-informed approach towards eliminating the opportunity gaps that exist around early childhood education, healthy communities, and entrepreneurship within the Hispanic community in Central Texas.